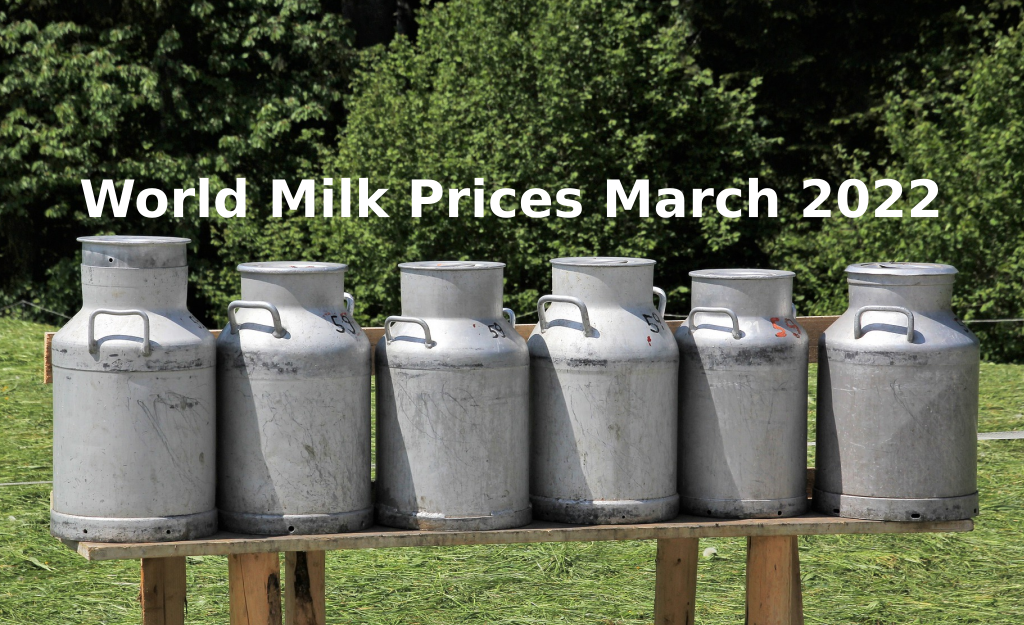 Milk prices have been rising steadily since January 2020. At the farm level there has been a 24% increase in the cost of producing milk since January 2020 which is the biggest rise since 2007-2008 when there was a spike in all commodity prices

Why are Milk Prices rising?

Farmers have also faced rising energy costs, higher labour and distribution costs, and higher machinery prices. Some governments in countries such as New Zealand and the Netherlands have exerted pressure to cut dairy farming for environmental reasons. As supply in these countries falls, demand is rising by 2% a year. This puts additional upwards pressure on prices.

How will the Ukraine War affect Milk Prices?

Russia and Ukraine jointly account for over 30 percent of the world’s trade in wheat and barley, 17 percent of corn and over 50 percent of sunflower oil, seeds and cakes for feeding animals.

But all Ukrainian exports from the major trade route via the Black Sea ports have stopped because of the war.

In addition all the other factors that contribute to the cost of producing distributing milk have increased as a result of the war.

The milk prices are for semi-skim milk with fat content between 1.5% and 2.5% depending on the specifics of each country. Adjustments were made to the various measuring units across countries to arrive at a uniform measure of one liter. In each country, we identified the leading milk brand and collected its prices from the largest food stores.